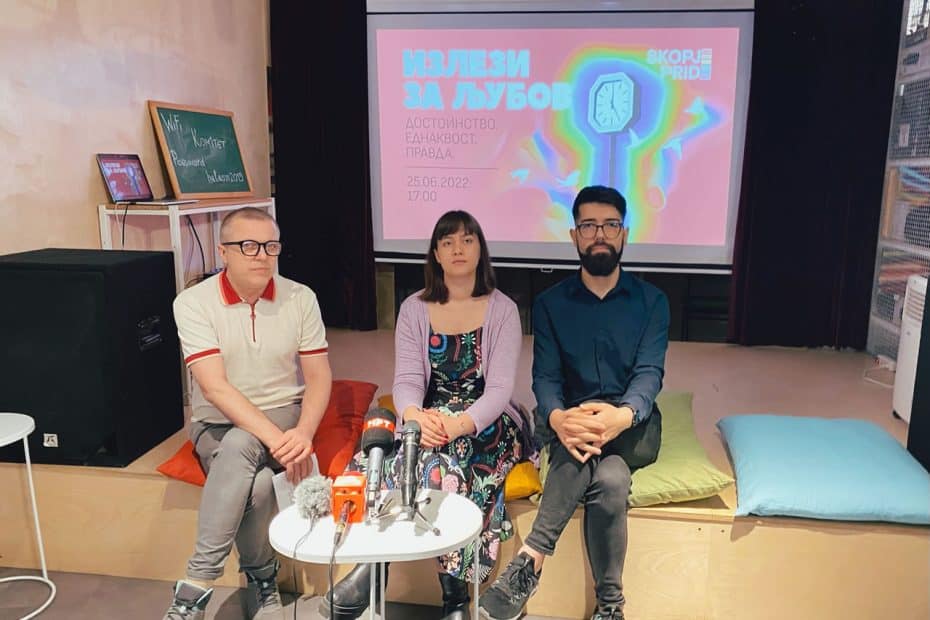 The National Network against Homophobia and Transphobia held a press conference dedicated to this year’s edition of Skopje Pride, which will be held on June 25, 2022, under the motto “Come Out for Love! Dignity. Equality. Justice.” Unlike the previous two Prides, this year, the time of the event is shifted to the afternoon. The starting point, as before, will be in the park “Woman Warrior”, where at 5 pm the gathering of participants will begin, and at 7 pm after the short speeches, the protest march will commence in the streets of Skopje and will end with a cultural/entertaining program at the ARM Stadium in the City Park.

“Why do we want people to come out for love? Because in times of crisis, war, and poverty, love is easily forgotten, and hatred occupies the minds and hearts of people far more easily. Because only with love can we resist the violence to which the different are subjected even when there is peace for all others. Because no one should be deprived of the right to love or be persecuted because their love is not recognized by norms and laws. Because love must win” – said Katerina Ivanova on the topic of this year’s Skopje Pride.

Stefan Petrovski addressed the demands for dignity, equality, and justice: “In our country, the dignity of LGBT+ people is still being trampled on – they are constantly made targets of humiliation, dehumanization, and hate speech in public and political discourse. They have difficult access to the realization of their human rights, their voices and needs are often neglected in policy-making, and conservatively tailored national legislation puts them in an unequal subordinate position in comparison to their fellow cisgendered heterosexual citizens. The cases of documented hate crimes against them are stuck in the mental and legal labyrinths of the prosecutor’s office, and the trend of impunity for perpetrators of violence is normalized and encouraged by such behavior.” Justice will be satisfied when equality becomes a reality and human dignity a normative concept.”

The need for Pride to be held was explained by Kocho Andonovski: “Many things, in many countries, have changed since the first Pride was held in 1970 in New York City. However, progress in the field of LGBT+ human rights is not equal, nor is it sufficient, and it is constantly faced with attacks by forces that oppose universal human rights. That is why Pride remains an important form of protest by the LGBT+ community against stigma, prejudice, and violence. Pride is a cry on behalf of the millions of people facing social exclusion, impaired physical autonomy, and limited access to services available to all. Skopje Pride, like other Prides, is a holiday of love, a day of visibility of the marginalized and, of course, an occasion to celebrate the toughness of our struggle for equality.”

Prides around the world are considered a tested and proven recipe for good parties and memorable gatherings. Skopje Pride 2022, according to the organizers, will offer a rich cultural and entertaining program, with live music performances, performances by drag queens from the country and the region, and DJ sets. This year, traditionally, the program will be opened by the Macedonian representative for Eurovision, Andrea, and a performance from our pop diva and opera singer Nade Talevska – Spasovska. „“At Skopje Pride, we celebrate sexual and gender diversity and promote queer culture. So, this Pride will surely be a unique experience, which, among others, will be taken care of by the fantastic trio of drag queens from neighboring Serbia, Alex Elektra, Dita Von Bill and Lana Vee, from across the ocean from New York (USA) another diva comes to us, Ronda Vu, while from our country we have her drag Majesty Divon Jane, and comrade Linda Socialista who is prepared to smash patriarchy with a gentle flutter of her fake lashes,” Ivanova added, referring to the program, which also includes DJ sets from DJ Andrej Micajkov, DJ Jana Todorovska, DJ Martina Peneva, DJ Marko Rikaloski and DJ Ginger. 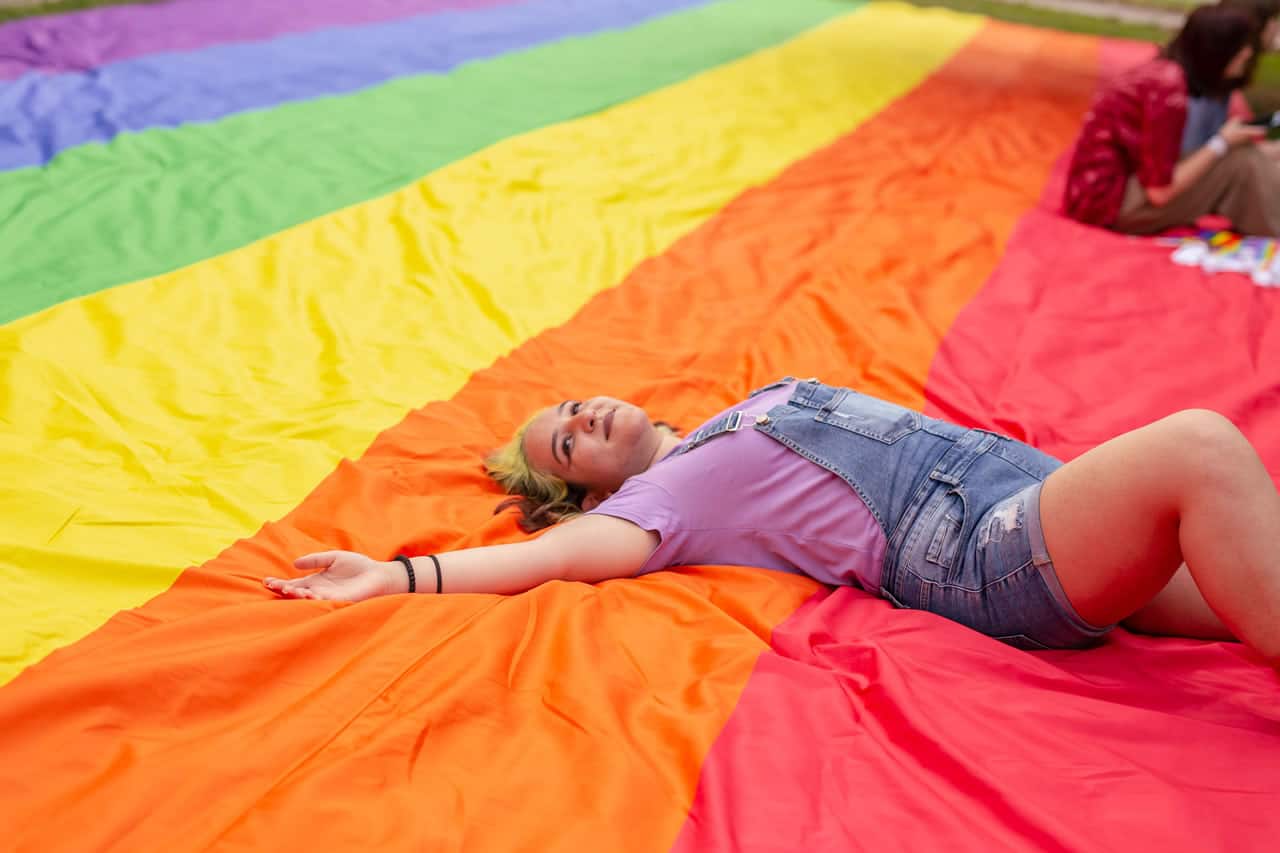 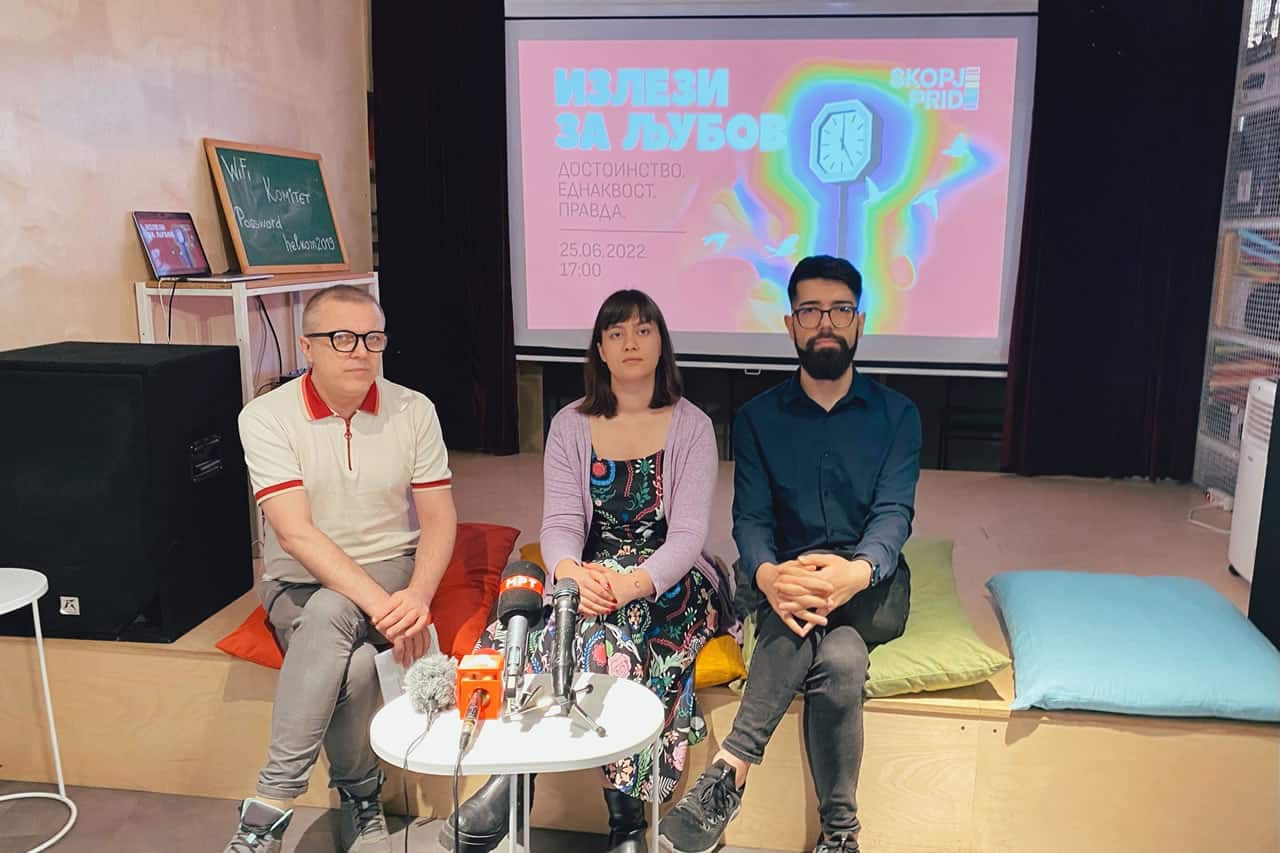 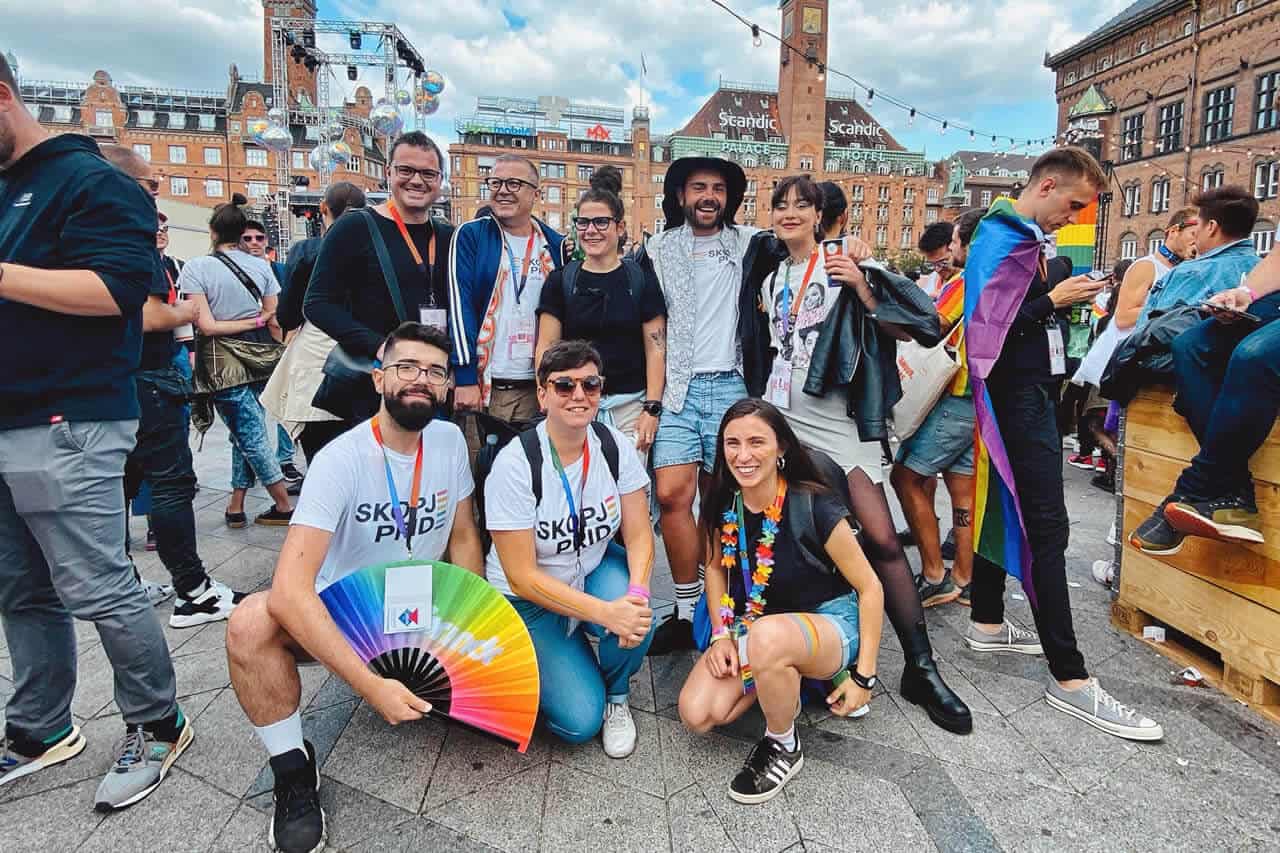